Bunghole’s appearance is shown as a creature with blue fur. He also has green hair, eyes, nose, and stomach. 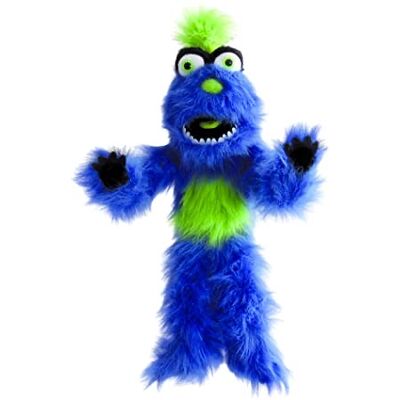 Bunghole made his first appearance in "Jeffy's Imaginary Friend!". He was created by Jeffy from clay. He is shown to be a good friend, but in reality, became bad. This caused Jeffy to be suspended from school and he tries to make Jeffy kill Mario.

After thinking that Jeffy is being crazy after doing lots of bad stuff that Mario hasn't seen him do before, Mario called Brooklyn T. Guy for help. Brooklyn T. Guy came to their house with his imaginary friend, Booger. After being confronted, Bunghole tried to kill Brooklyn T. Guy with a gun, but since it was imaginary, he didn't die. Brooklyn T. Guy made Booger kill Bunghole by shooting him multiple times, instantly killing him.